March In The Scottish Borders 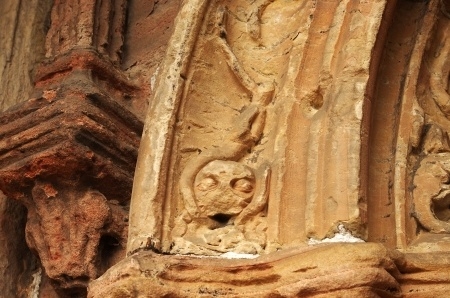 The 2017 Alchemy Film and Moving Image Festival starts on the 2nd March and runs for a week. Based in venues around Hawick, this is an international festival of experimental film and artists' moving image.

The programme for the 2017 festival is available on the Alchemy website, along with information on how to book your tickets.

Main Street Trading,a cafe and book shop in St. Boswells starts their events season on the 9th March with Joanna Trollope talking about her latest novel, City of Friends. The cost is £10 including a glass of wine, and the evening starts at 7.30 pm (doors of St. Boswells Village Hall opening at 7.00 pm). You will need tickets and you can book here.

Rosslyn Chapel is open all year round and talks are provided by guides at various times throughout the day. While not exactly in the Scottish Borders it is just a 20 minute drive away.

Rosslyn Chapel was founded in 1446 as a place of worship and services continue to be held here weekly. The Chapel has also been a popular destination for visitors for generations. By the late 18th-century, it was starting to appear on itineraries and its profile greatly increased after the publication of Dan Brown's novel, The Da Vinci Code, in 2003, and the subsequent film.

Come and try our beautiful and quirky Rowan Pod for 2! With private hot tub and BBQ hut it provides the total camping experience with style!